The day that each  Kapital K fan has been sitting tight finally touched base on the 31st of January 2017. Known for being a bragadocious schmuck and loudly expressing his bravado  on most of his tracks , “It Feels Good To Be Home” showed some evolution to Kapital K’s rapping style and lyrical content. The choice of instrumentals is incredibly outstanding! The hooks on each track are extremely melodic and exceptionally appealing.

My undisputed favourite song on this project is Komfortable sofa. In my own opinion i think this is the song he lyrically excels I don’t think anyone will dare argue that ‘Komfortable sofa is the best song on the EP. The chorus is pretty catchy as K talks about finally escaping  his comfortable zone.On his verses Keezy confidently calls out all his critics and praises those who had faith in him from the get go. The song kinda reminds me of Dj Khaled’s “No New Friends” Kapital K took you in his life on this track and his life is pretty interesting.

Despite the fact that Kapital K has spent most of his life abroad,  he doesn’t disregard his homeland, he gives a couple shout outs on songs like “No Pressure”, “Whipping it” and “Diaspora” a single dropped in 2016, were he raps in his mother tongue and switches his flow on the last verse with some pretty descent word play referencing his publicity stunt at the REVOLT Music Conference 2015.

In the event that you searching for something to start a celebration with or hop to!! “Juice in my cup” and “Whipping it” will in all likelihood be your most solid option!! This two tracks complement each other no wonder they sit next to each other on the track list . “Whipping it” produced by Canadian producer Omito kinda sounds like something from Drake’s “If  You Reading This Its too Late”, if you listen carefully to the beat you can hear what i assumed kinda sounds like Drake’s signature “6” sample in the background.

“Whipping it” is Kapital K at his most boastful in the entire Ep, Honestly have know idea what he was referring to by whipping it but I think we can all speculate that “whipping it” might, just be another metaphor for “im working/hard” .”Juice in my cup” is a typical Kapital K track if you are acquainted with his past material you will definitely concur.The flow and beat are great case of an impeccable marriage.

Overall, “It Feels Good to Be Home” has a great vibe to it: A 9 track venture with a bonus guest appearance  from Dancehall artist Buffalo Soulja and South African artist Aewon Wolf and a line up of talented producers .Definitely something you ought to check out 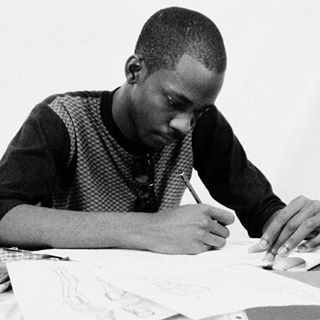